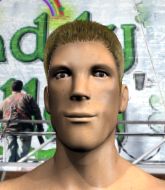 Ewen is a BJJ 7th dan red belt under Sonny Barato and also a 2nd dan black belt in Shotokai Karate. Ewen was awarded his BJJ black belt after just 2 years of training at the age of 17. He has since gone on to win the IBJJF World Championship (youngest)